Murud is a sleepy town in the coastal Maharastra. Much unlike Goa it is not populated with tourists, you will mostly see the local crowd and a few foreigners who are here for the quiet.

I was at my college for the last time for exams. My friend usually likes to plan things in advance and make a reservation, plan the itinerary way in advance which is straight opposite to how I like my trips to be, but this time I was in for a surprise when right after I finished giving my viva she said let’s go on a short trip. I was first not too convinced, but really if not now then when? So it was decided we will go, but our college was on a hill-top on the outskirts of Pune. In a time when even getting Ola and Uber service there was a question of the best possible luck. Now the problem was where do we go? How do we go?

That was the time when Ola rentals had just launched, and we wanted to try our luck and there, a cab was booked to Murud. Murud because few of our friends had been there just 2 weeks ago and had found this homestay just behind the beach. We took the address of the homestay, packed a few essentials and got into the cab. 4 of us set out to steal the weekend of fun amidst the final exams.

Our Ola driver was a talkative one, I would not realise this until I would be sitting on the front seat with him on our journey back in 2 days. We drove through the lonely roads and forests with narrow lanes, with our driver narrating ghost stories that he claims were true and those of which occurred in the same roads that we were driving through.

We reach Murud, thanks to the instructions given by the uncle of the homestay. We got two rooms on the terrace, which would mean we could stargaze at night. As we were very tired from the ride we decided to sleep for a while before exploring the beach. The active ones among us went ahead to explore the tiny town. I woke up to find that the other friend is still sleeping so I went around the house exploring, I settled down on the hammock and within no time fell in love with the cutsie little thing.  We were then served home made the most delicious sea-food for lunch that was especially made by the aunty there.

After the lunch and when the sun was not so cruel, we hit the beach. We had a DSLR camera and were hoping for the best pictures but somehow they turned out to look like badly photoshopped images. The sunset and the un-hurried calm way of life of Murud is really a charm. Golas on the sea side and the stalls which sell the best sea food and chicken are a must try if you ever go there. Our vegetarian friend also was in love with the simple yummy food served at the homestay and the hotels there.

We spent time till it was quite late and went back to the dinner which surpassed the lunch, to hear stories of the history of the place and the tales of courage of the village folks. Our night was just as perfect with us star gazing and singing songs till we could not bear to listen to the loud hums of the mosquitoes.

Murud is a place with the essence of a village, go there if you want to just not do anything yet make memories.

Go there with your besties and you will not forget the place, tales or the simpletons of the village. 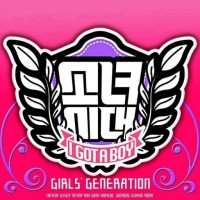 Cooking with a Wallflower
PsychedSpurti

A firm believer that words are but cathartic necessities...

Antryump
Godspeed To A Mighty Balloon